MY CUP OF TEA

You may have heard that a cup of aromatic tea is a crucial part of everyday life for the British. The majority of citizens in the UK admit that this national drink is so essential to their routine that it is hard to imagine life without a sip of freshly brewed tea. 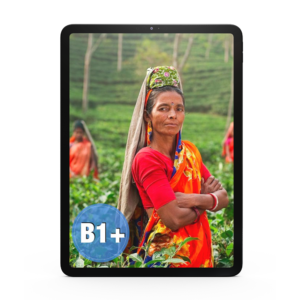 Britons have been one of the world’s greatest tea consumers for nearly 400 years. According to historians, it was the Portuguese princess Catherine of Braganza that brought tea-drinking to the English royal court. Initially, the beverage was cherished among the aristocracy, but the trend soon spread beyond affluent elite circles to the middle classes and eventually even the poor could savour the delights of tea. The idea of five o’clock tea originated in 1840s when the wife of the seventh Duke of Bedford began inviting her friends to have nothing more than idle tittle-tattle. That elaborate social occasion quickly became widespread and thousands of the British fell in love with different types of tea.

These days, it is estimated that 165 million cups are drunk in the United Kingdom every day. Of course, the British have their own customs for preparing tea. For some people the fact that 98% of Britons take milk with tea is a no-brainer. Apart from mild taste, there are significant benefits of drinking tea as well. It is a good source of vitamins (B1, B6, B9) and minerals such as potassium and manganese. Black tea, for instance, contains antioxidants that can help you prevent some types of cancer, lower risk of heart attack and strokes. Those of you who take pleasure in green tea are less likely to suffer from depression and chronic headaches. So what are you waiting for? Take a break and escape from the hubbub of your daily life.