You may have seen Walt Disney’s animated movie Pocahontas. The story pictured there was obviously beautiful, but did you know that the facts were considerably mixed with fiction? That is what really happened …

Captain John Smith was an adventurer who joined the expedition to colonize Virginia and govern the new land. Not only did they struggle for their survival with disease, harsh weather, Indian attacks, but also the environment which was inimical at the very beginning.

„The story begins when Smith and two English companions are ambushed by Indians. After killing his two companions, the Indians take Smith to their chief, Powhatan. After two months in captivity, Powhatan determines to have the Englishman clubbed to death in a ritual ceremony. According to Smith, the plan is thwarted only when the chief’s daughter, Pocahontas (then aged 11 or 12), throws herself between him and his attackers causing her father to relent.” Also called Amonute or Matoaka, Pocahontas fostered peace between Native Americans and English colonists. So compassionate was she that she could not look at people getting hurt by her tribe. At times she brought food to the starving settlers and did her best to preserve the colony from confusion, famine and imminent death.

No sooner had she known the English language and culture than she started to trust the new residents of American soil. She warned the colonists of an ambush in 1609 when her Indian brothers had planned to hold them hostage. The same year Smith got injured by gunpowder explosion which forced him to return to England for medical treatment. Little did Pocahontas realize about the incident and soon she was informed of Smith’s death even though it was a pack of lies.

According to britannica.com „Pocahontas was taken from Jamestown to a secondary English settlement known as Henricus. Treated with courtesy during her captivity, Pocahontas was converted to Christianity and was baptized Rebecca. She accepted a proposal of marriage from John Rolfe, a distinguished settler; both the Virginia governor, Sir Thomas Dale , and Chief Powhatan agreed to the marriage, which took place in April 1614. Following the marriage, peace prevailed between the English and the Indians as long as Powhatan lived. According to the account of one colonist, Pocahontas had previously been married to a Powhatan man named Kocoum.”

In 1616 she traveled to London with her husband and baby. She was presented to English society as an example of the civilized savage. Hardly had she set foot in England when she became a sort of celebrity. It also turned out that John Smith was still alive. However, she did not enjoy a long stay in London. In 1617 she died of lung disease at the age of 21 and her grave is said to be located at Gravesend. Even though the story does not have a happy ending it is full of hope and mettle.

Should I Raise a Bilingual Child?

How to Become a Morning Hero? 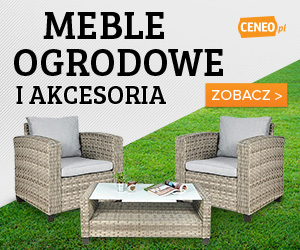